Donahue is Co-Founder of CreativeChaos vmg. His artistic vision inspires the company’s social action mandate to bring much-needed attention to systemic issues. Tom’s work has entertained audiences and mobilized stakeholders to action. His latest film This Changes Everything, an investigation on gender inequality in Hollywood, premiered at the Toronto Film Festival in September 2018 and was First Runner Up for the People’s Choice Award. Donahue’s Thank You For Your Service, a CreativeChaos vmg production that examines failed mental health policy in the military, premiered at DOC NYC in November 2015 and was released theatrically by Gathr in 2016. Donahue’s Emmy-nominated HBO feature documentary Casting By, was hailed as one of the top five documentaries of the year by the National Board of Review and won the 2014 Gracie Award for Outstanding Documentary of the Year from the National Alliance of Women in Media. 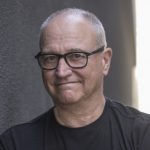 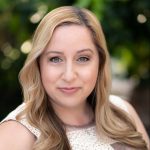 Allison Vanore
We use cookies to ensure that we give you the best experience on our website. Please select okay to continue, or read about our data policies.OkNoPrivacy policy