A more than 20-year veteran of TV and Film, Ms. Foster-Owens has produced over 100 hours of television and over 30 films. Ms. Foster-Owens’ numerous awards include an EMMY Award, NAACP Image Award, and the Black Filmmaker’s Hall of Fame Award, the Platinum Aurora Award, numerous Telly Awards and Addy Awards and the Women In Film Spotlight Award.

She directed the feature films, SPUD WEBB: REACH FOR THE SKIES and THE THREE MUSCATELS starring Richard Pryor, both distributed by SONY.

Ms. Foster-Owens produced the Lyndon Barrois 1920’s film, THE LIFT winner of Best Film and Best Director at the Madrid International Film Festival and MY MOM AND THE GIRL, Valerie Harper’s last film, and winner of the Best Picture and Jury Award at the Connect Film Festival. Both films were Academy Award Qualifiers. In 2019 Foster-Owens Produced the feature film, FIRST LOVE starring Annie Heise distributed by Amazon and she Produced and Directed HOME SWEET HOME, currently winning awards on the festival circuit.

Currently, Foster-Owens is developing a film slate for Jowharah Films, including the feature films COLORED WAITING ROOM starring Vivica A. Fox, based on the book by Patricia Pope, and THE JUNGLE WARRIORS; a true story about an African American, Army Squad Leader who faces a moral crisis when confronted with the horrors of war and the duality of man during the Vietnam War, based on the book of the same name by Sgt. Bobby Briscoe a Vietnam War Veteran.

Ms. Foster-Owens is a Board Member of the Gang Alternatives Program, a member of GreenLight Women, Women In Film, Women iN Media, Alliance of Women Directors, AFI Alumni, The Chief Content Officer of the Holiday Channel and President of Jowharah Films. 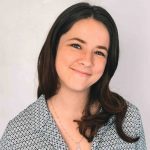 Katrina Reiniers-Jackson, CPTM
We use cookies to ensure that we give you the best experience on our website. Please select okay to continue, or read about our data policies.OkNoPrivacy policy