Franco is the first Latina composer invited to join the Academy of Motion Picture Arts and Sciences, music branch. Franco is a versatile composer who creates music and songs that reflect her extensive training as an orchestral musician, an electronic music programmer, a multi-instrumentalist, and a lover of world music.

Her recent project, Tag, directed by Jeff Tomsic for New Line Cinema and Warner Bros., is a hybrid score of electronica and action music. The soundtrack is available on Lakeshore Records. Franco is the first female composer to score an R-Rated comedy for New Line Cinema.

At the 2018 ASCAP Screen Music Awards, Franco was recognized with the Shirley Walker Award, which honors those whose achievements have contributed to the diversity of film and television music, as well as a Top Box Office Film Award for her work on Coco. Franco is a current Women In Film Music Fellow. She was nominated for a Black Reel Award for her work on Dope, and is the first female composer to be hired by DreamWorks Animation and Pixar. Univision honored her on International Women’s Day 2018 as one of “15 Latinas Who Are Changing The World As We Know It”, alongside Rita Moreno, Emma Gonzalez, among others.

Franco is a Sundance Music Sound Design Fellow, a Women In Film Music Fellow, an Advisory Board Member of Women in Media, a Board Member of the Alliance for Women Film Composers. Franco worked alongside John Powell on over 30 feature films including How to Train Your Dragon (1 & 2), Rio (1 & 2), The Lorax, Happy Feet (1 & 2), Kung Fu Panda (1,2 & 3), and The Bourne Supremacy. Germaine holds both a bachelor’s and master’s degree in music from Rice University’s Shepherd School of Music. 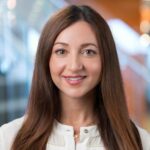 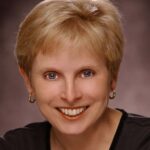 Mary Lou Belli
We use cookies to ensure that we give you the best experience on our website. Please select okay to continue, or read about our data policies.OkNoPrivacy policy