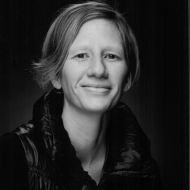 Sherri's cinematography is fast and beautiful - shooting the Emmy-winning CBS series 'The Inspectors' in 2.5 shoot days per episode and the Netflix worldwide distributed feature, LOEV, in 16 days. She is at home internationally, with on-location work including India, Egypt, Mozambique, Mexico and across the United States. Her work is artistic and commercial, airing on Netflix, CBS, A&E, Lifetime; screening at SXSW, Frameline, Guadalajara, Tel Aviv International Film Festivals; She has a Master of Fine Arts from the American Film Institute. Articles about her work appear in the American Cinematographer Magazine, Variety, Huffington Post, LA Times, and the BBC. "I am drawn to everyday characters challenged to deeply understand themselves thru confrontation with self and society. This character journey becomes my cinematography."