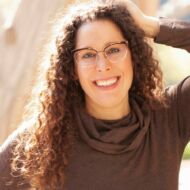 Samantha Shada grew up in the mountains of Colorado and the plains of Nebraska. After moving east and completing her degree in film production at Emerson College, Sam landed in California where she worked with notable companies such as the William Morris Agency, the United Talent Agency, Universal Pictures, Overbrook Entertainment, and Sony Pictures Studios. Sam recently completed two narrative short films that are both on the festival circut. Her music videos have screened at festivals in Boston, Los Angeles and beautiful Idyllwild, CA. She directs and produces theatre while sitting on the board of local incubator Brimmer St. Theatre Co. Sam also programs the Los Angeles based screening series Seeking Our Story, which features influential films directed by women.