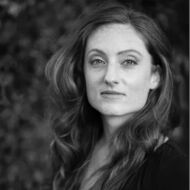 Kathryn Brillhart
Camera, Direction, VFX, Virtual Reality
Understanding digital workflow is essential. With 10yrs in VFX, I am a Cinematographer mastering workflow from a unique perspective which allows me flexibility in both technical and creative ways.
This user account status is Approved

Kathryn Brillhart is a director, cinematographer, and innovator in experimental media. Her body of work explores deeper human issues by pushing the boundaries of visual poetry, movement, and mixed media.
++

Kathryn's work has been screened in many festivals and local Los Angeles based curated shows including:
--

In her spare time, Kathryn is an active volunteer and member of the Board of Directors for the Visual Effects Society.