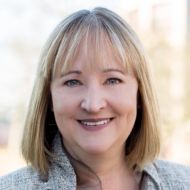 Producer: THIS SIDE OR THE OTHER (feature); CHERRY LEMONADE; IN THE DEATHROOM

Jane Hare is an executive producer and producer for 15+ award winning films that have screened at festivals including Tribeca, Indy Shorts (Heartland), Edmonton, Atlanta, Dances with Films, and OutFest. Ms. Hare's first programming idea was submitted to the national television show You Asked For It when she was eight. While in NYC, she worked on breakthrough programs for MTV, VH1, Lifetime and PBS. In Minneapolis-St. Paul, she produced storytelling and documentary-style industrials for Fortune 100 companies such as Target, Mayo Clinic, Medtronic, Marshall Field’s. Ms. Hare completed her first documentary in 2004 about Jacqueline Kennedy, distributed by The Field Museum in Chicago. Her independent films include feature THE SAMUEL PROJECT (Amazon Prime) and THIS SIDE OR THE OTHER (pre-pro), and shorts CHERRY LEMONADE (finalist WiM CAMERAderie 2019), IN THE DEATHROOM, THROW LIKE A GIRL, SCARS, and THE FORGOTTEN PLACE (festivals). She wrote two (spec) 9-act Hallmark style rom-com screenplays, A VINTAGE NUTCRACKER CHRISTMAS and LOVE NEXT DOOR, that are available.