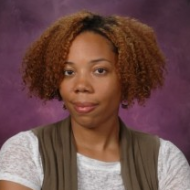 Crystal Kelley
Camera
I am a storyteller at heart with a background in theatre and crossed over to filmmaking. I love to combine technology and imagery, so becoming a DP is the most natural career path for me.
This user account status is Approved

Crystal Kelley grew up in the rich arts and culturally diverse city of Cleveland, Ohio. She began her formal education in the arts at Otterbein University's Department of Theatre and Dance. Crystal later earned her M.F.A. at Chapman University to study how lighting and composition enhances the story in filmmaking under two great professors Bill Dill and Johnny Jensen, both members of the ASC. Crystal resides in Los Angeles, CA working as a Director of Photography and Camera Assistant for television, live events, documentaries, short and feature length films. Her most recent accomplishments includes shooting a feature film titled The Workout Room, camera operating at the BET Soul Train Music Awards, and her film, Some Like it Bot screened at Comic Con. Crystal holds a Part 107 license as a Remote Pilot with the FAA and flies drones for aerial cinematography.