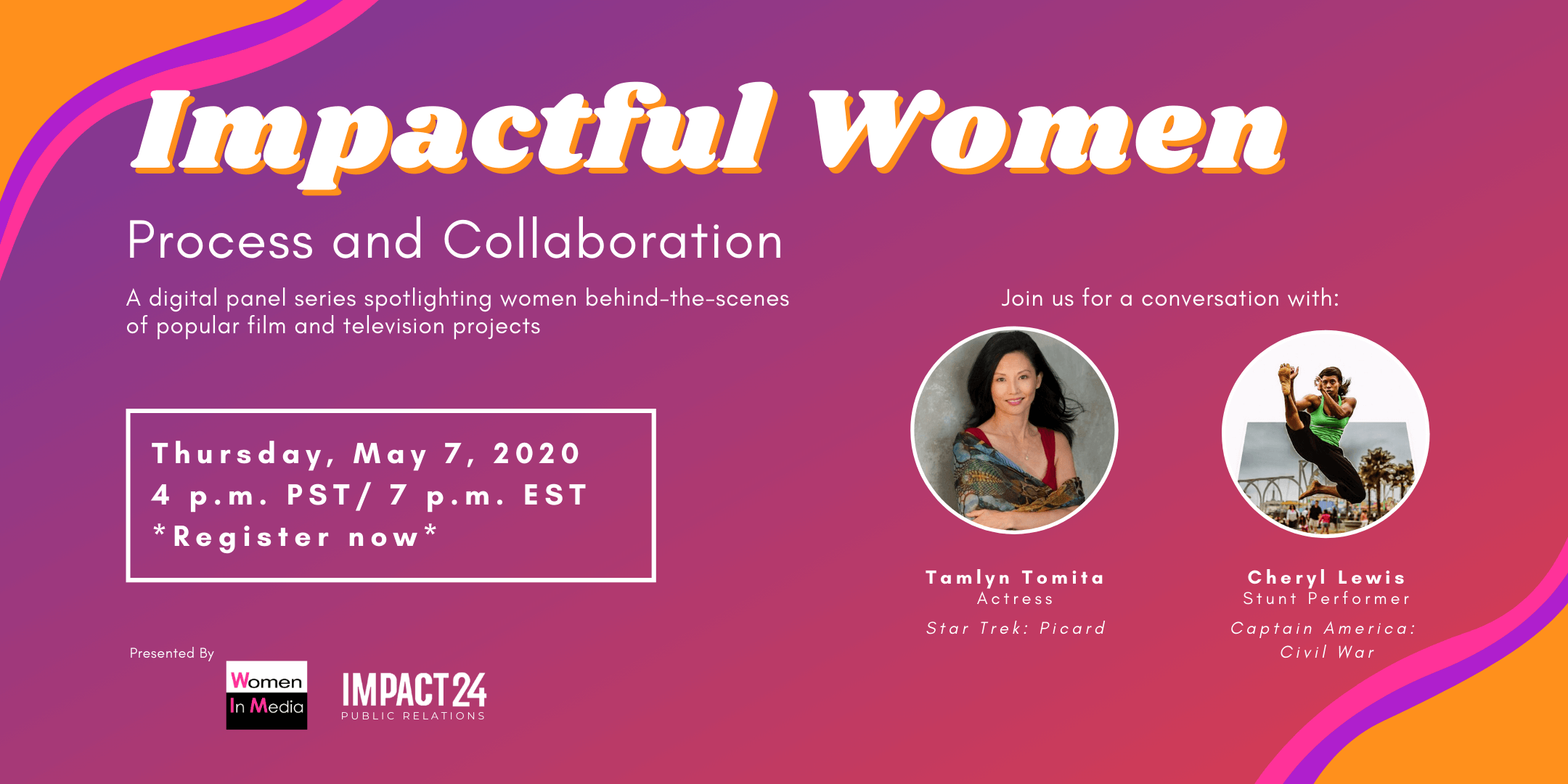 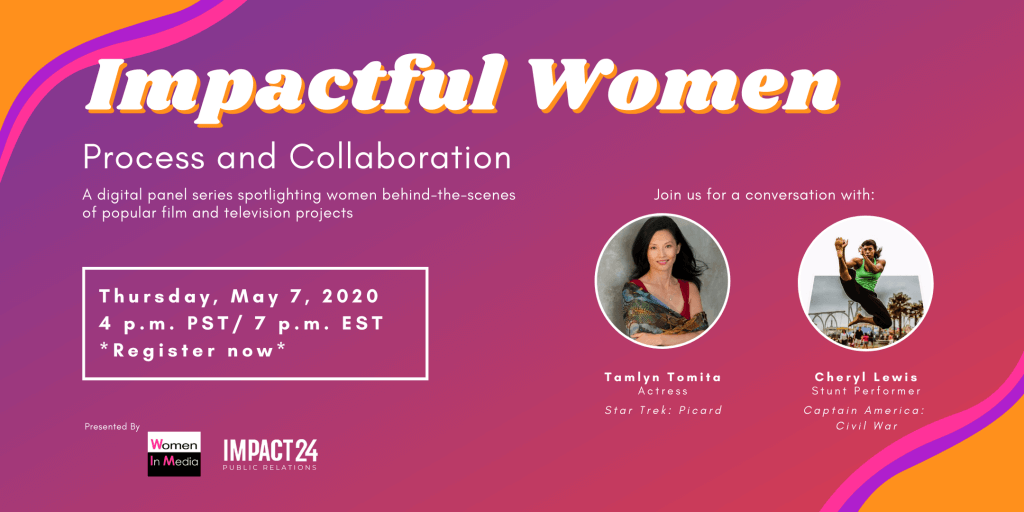 The second installment of our Impactful Women series takes us in front of the camera with actress Tamlyn Tomita and stunt performer Cheryl Lewis. Moderated by Women In Media executive director, Tema Staig.

Tamlyn Tomita is an Okinawan/Japanese/Filipina-American actress with a career spanning over three decades. She made her screen debut in “The Karate Kid Part II” as Kimuko, the love interest of Ralph Macchio’s Daniel LaRusso. She held leading and supporting roles in the films Come See the Paradise, The Joy Luck Club, Picture Bride, and Four Rooms. She can currently be seen as Commodore Oh in CBS All Access’ Star Trek: Picard and as Allegra Aoki in ABC’s The Good Doctor.

Tamlyn has played in independent films and other foreign and Hollywood productions such as The Day After Tomorrow, Tekken, Brazilian drama Gaijin 2:Love Me As I am, Robot Stories, Only the Brave, Real Artists, The Ningyo, First World Problems, The Unbidden, Daddy, and Operation: Marriage.

Over her career, Tamlyn has also appeared in several TV series including: Quantum Leap, Living Single, Highlander, Murder, She Wrote, Chicago Hope, Will & Grace, The Shield, Strong Medicine, The Mentalist, Women’s Murder Club, Monk, Private Practice, CSI:Miami, Criminal Minds, NCIS: Los Angeles, “Bones, and Counterpart among other dramas and comedies. She has appeared in recurring roles on the soap operas Santa Barbara, General Hospital and Days of Our Lives. She also have had recurring roles on shows including Crossing Jordan, 24, Eureka, Heroes, Glee, Resurrection, Chasing Life, True Blood, How to Get Away with Murder and most recently, Amazon’s The Man in the High Castle and Epix drama series Berlin Station. Tamlyn will be seen in a yet-announced series in spring 2020.

Cheryl Lewis is a unique, multi-discipline performer on the stage and screen, member of SAG-AFTRA/AEA/AGVA/AGMA. She is a stunt performer, martial artist, fight choreographer, action designer, actor, dancer, circus aerialist and puppeteer. Cheryl background is in varsity sports (volleyball, softball, cheerleading & gymnastic). She transitioned into becoming a professional dancer and circus aerialist, performing all over the USA, in Thailand, Dubai and Osaka, Japan. Cheryl is a martial artist with training in Tae Kwon Do, Kung Fu and Kendo. All of her training and skill sets made the transition into stunts a natural one. Cheryl is experienced in car hits, high falls, wire work, fire burns, fights, weapons (martial arts & tactical). Cheryl is a member of the United Stuntwomen’s Association.

Please be advised that all virtual events hosted by Women in Media may be recorded and distributed for promotional purposes. Your voluntary participation in such events authorizes and acknowledges Women in Media’s exclusive rights of ownership and use of all recordings 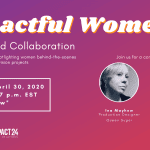 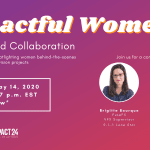 Impactful Women: Brigitte Bourque & Kathryn Brillhart
We use cookies to ensure that we give you the best experience on our website. Please select okay to continue, or read about our data policies.OkNoPrivacy policy