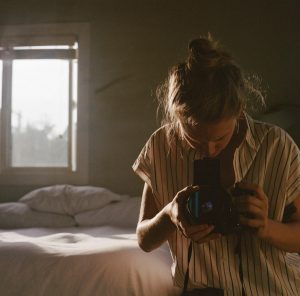 Brennan Full is a Los Angeles based Director of Photography. As part of the CAMERAderie 2019 Initiative, Brennan was one of two DPs on the short narrative film “Blood & Glory,” directed by Sati Kaur which premiered at the Tribeca Film Festival in April of 2020. As CAMERAderie’s Blood and Glory Co-DP, she brought this story of sisterhood and struggle to life with sensitivity and unparalleled artistry.

She studied film at SUNY Purchase and after graduation and began working in unscripted television production. After years of eyeing the camera department, Brennan took a staff position at Refinery29 that allowed her to develop and shoot her own work, developing her visual artistry.

When I’m preparing for a film I like to create playlists that I can listen to while pulling reference images together. A lot of the directors I work with work the same way. We’ll make a playlist and pour over images, which really helps me wrap my mind around the tone of specific scenes. Music is my first love and over the years I’ve put together a pretty eclectic library to pull from. I love to then play those songs on the day, when we’re setting up specific shots. 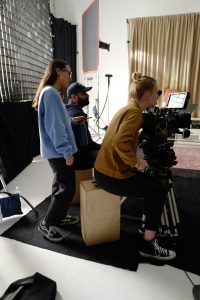 I take a lot of inspiration from photography. I love Deana Lawson’s work, Alex Webb’s book “The Suffering of Light” is one of my all time favorites. Both Lawson and Webb find these moments that are grounded in reality, but there is something magical about their images. I love Joel Sternfield’s portraiture, Frank Herzog’s landscapes, and everything Josef Koudelke has shot.

I had the privilege of having access to a dark room when I was in high school. I fell in love with the process of making images. Watching prints magically appear once dropped in developer was just the coolest thing! I also took a class Junior year where we watched Fellini’s 8 ½. I watched that opening dream sequence and was absolutely floored. After the class I asked my teacher who was responsible for camera movement, lighting, and framing and she told me that was the job of the cinematographer. Once I could put the name to it that was it for me.

What’s something unusual about you?

I worked at a deli throughout high school and a farmer’s market throughout college. I’d love to at some point run a little sandwich shop/cafe in a sleepy town in northern California or the Hudson Valley. I would just make delicious sandwiches, always have the perfect record playing, and close the shop at around 3pm to go on a bike ride. 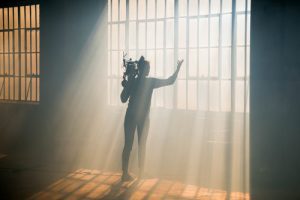 What’s coming up next?

Last year I shot for Verizon’s “The Team Who Wouldn’t Be Here”, a Superbowl campaign that won awards at both the Cannes Lion and the Clios. I was obviously elated to hear that “Blood and Glory” got into TriBeca, my hometown festival!

What are you up to during the Covid-19 lock down?

Given that many of the productions I was attached to have been put on pause, I’ve been keeping busy reading scripts and taking photographs. My partner is an ER doctor so I’ve been documenting the subtle ways in which his daily routines (and those of his colleagues) have been altered by the COVID-19 pandemic. Little things like keeping a close shave so his mask fits snugly, no longer wearing his wedding ring to help with hand hygiene, etc. Aside from that I’m looking forward to shooting a few music videos this year with new directors that I’ve been eager to collaborate with.

Brennan Full – CAMERAderie’s Blood and Glory Co-DP2020-05-062020-12-09https://www.womennmedia.com/wp-content/uploads/2017/08/wimwidesmall2-.pngWomen In Mediahttps://www.womennmedia.com/wp-content/uploads/2020/04/brennan2.png200px200px
About
Elle Schneider
ELLE SCHNEIDER is a filmmaker from New York City with over a decade of experience and dozens of credits behind the camera as a director and cinematographer. 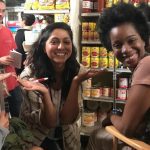 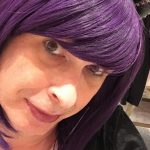